The Day My Class Fell in Love with Close Reading (Or at Least Had Fun with It!)

With the current emphasis on close reading, I have been looking for opportunities to have my third graders reread texts to answer questions using text evidence.  Ever since reading Falling in Love with Close Reading by Christopher Lehman and Kate Roberts, I have been trying to do more than just have students point to a place in the book where they found the answers to questions I ask.  I was really struck by the idea that students should look at texts through particular "lenses," examine the details they find for patterns, and use those patterns to create understanding.  On several occasions, I have had students work together to find evidence that would help them to answer questions that they themselves had formulated about characters, plot, and author's craft.  Sometimes we were successful, sometimes not so much.

A couple of weeks ago, we read The Garden of Abdul Gasazi, written by Chris Van Allsburg.  It is one of the few stories in our basal that I truly like and feel lends itself to rich discussion.  One of the things I love about this book is that it requires students to pay close attention to the details to decide whether Gasazi, a retired magician, actually turned Fritz the dog into a duck or if it was all just a trick.  It seemed like the perfect opportunity to put our close reading skills to work.

My students already had read the story and had pretty much decided what they thought had happened.  I began by asking them to stand on one side of the room if they thought Gasazi had actually turned Fritz into a duck or stand on the opposite side if they thought it was just a joke Gasazi had played on Alan.  My class this year surprised me.  In previous years, most students believed that Fritz was really turned into a duck.  The majority of this class, however,  believed that it had been a trick.  (My class is pretty respectful of authority, so I suspect when Miss Hester told Alan it had been a trick, they simply accepted it as fact.)

I told my students that they needed to prove that they were right by finding text evidence that supported their point of view.  What could be more motivating than proving you're right? Students partnered up and immediately began rereading the story and writing down details. 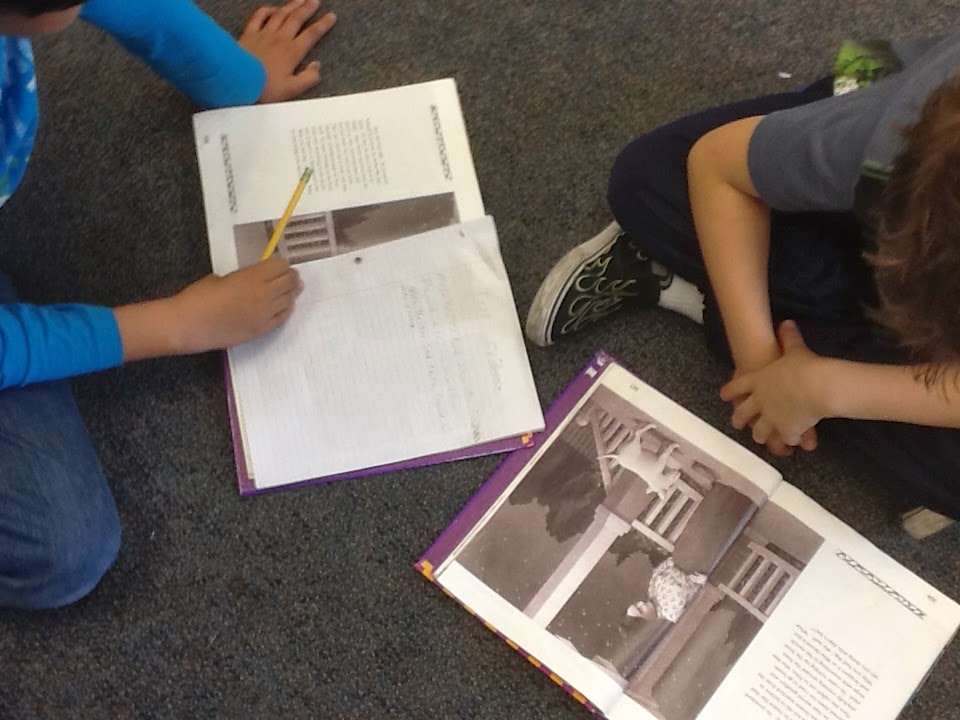 Not long after they got started digging for evidence, two of my girls rushed up to me and excitedly inquired if they could switch to the other side of the room.  They explained that they had found evidence that convinced them that Fritz had indeed been transformed into a duck.  I quickly assured them that they could change their position.  They happily sat down and continued their work, while I celebrated in my head that their closer examination of the text had led to new understanding.  All around the room, students were working diligently searching for proof that they were right.  I listened in as partners discussed what they had found, what it meant, and if it supported their position or not.  Not once did I have to redirect a student who had gotten off-task.

Once students had had enough time to gather evidence, I called everyone together and had them share out their findings, which I recorded on a chart. 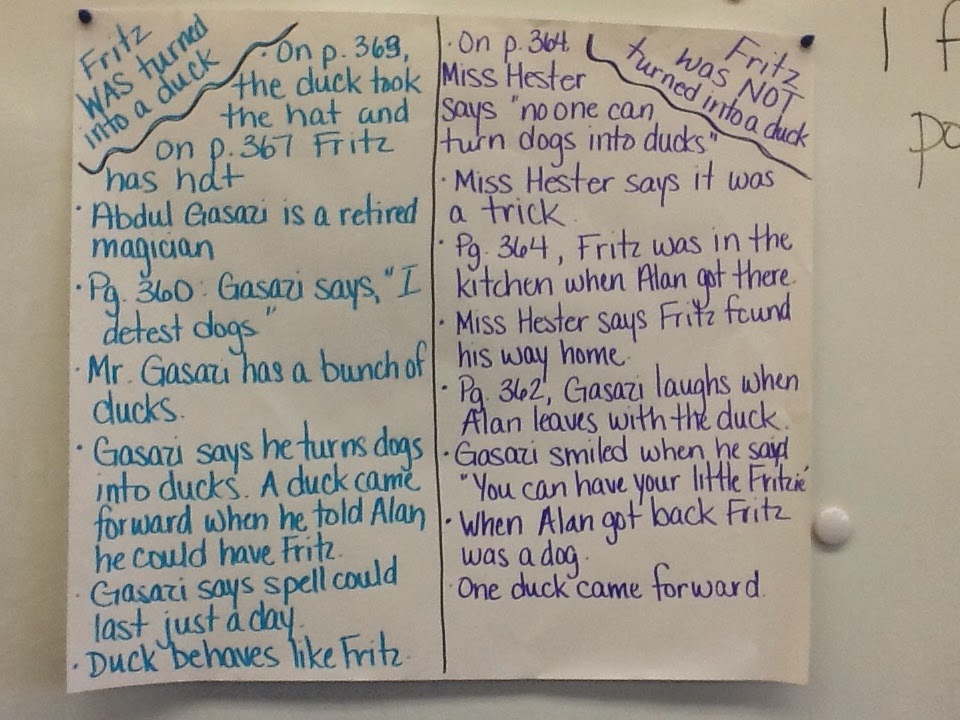 After looking at the evidence, we evaluated the quality of each argument.  Even those who did not agree that Fritz was ever really a duck could see that there was plenty of evidence to suggest otherwise.  In the end, the class decided  the author had not made it clear on purpose.  When I asked my students why they thought that was, one student offered that he thought the author wanted us to go back and reread the story to figure it out.  And although everyone still did not agree whether it had been a trick or not, there was consensus that it was an entertaining, well-written story, and one worth looking at more closely.

Perhaps even more importantly, what my class I and learned together was that with the right story and the right motivation, close reading not only serves a purpose but can actually be fun!