Today was one of those days when if the earth had opened up and swallowed me whole, I would have been grateful.  It didn't, so I'm writing about it instead.

I took the boys to their martial arts class this morning as I do most Saturday mornings.  They both were in good moods, and just yesterday Jack had been ecstatic to earn his red belt, so I really didn't anticipate anything going wrong today.  I know, that was my first mistake.  I should have known better.

I'm not exactly sure when things began to go wrong, but I suddenly was aware that Jack was not happy.  (He's very good at making that known.)  I was trying to read my book on math talks when I overheard Jack tell the girl sitting behind him not to touch him.  When his instructor told him that she was just trying to remind him what to do, Jack responded, "Yeah, to kick her in the face."  It was all downhill from there and ended with him throwing a ball at his instructor, whom he absolutely adores, and subsequently getting a time out.  Of course, by that time I was fighting back tears and wishing I could just disappear into thin air.

After class, his instructor tried talking to him, but when Jack gets into these moods there is no reasoning with him.  He repeated his usual "you hate me" speech, and when he finally made his way back to where I was sitting, he crawled under the chairs.  Which was exactly what I wished I could do, only I would hope to be a lot less visible.  I apologized and said I didn't know why Jack gets this way and that it is something we are working on.  All true, but I couldn't help but feel like an idiot shrugging my shoulders and not having any explanations.  He's my child.  Shouldn't I know why he is the way he is?  Shouldn't I know what to do about it?

So, I did what any reasonable mother would do.  I came home and cried.  Cried for Jack and how difficult it must be for him to have the feelings he does and not know what to do with them.  Cried for me because it all must be my fault.  Faulty DNA passed down from me.  Faulty parenting.  Or the fact that I left him in the care of strangers when he was just 6 months old so I could go back to work and teach other people's children.  Whatever it was, I ultimately am the one to blame.   And so it goes when you are a parent of a less-than-perfect child.

Once we had both calmed down and brainstormed ways Jack can deal with his anger and frustration in the future, he sat down to write his instructor an apology letter, and I began to think about the parents I have had to talk to because their child was having problems in school.  I am sure that, just like me, they counted fingers and toes on their newborn child and declared him/her perfect.   And in so many ways each child is.  Just not in all ways.  Perfect or not, we love our children more than anything in this world and would give anything to make life easier for them.  I understand now how, as parents, we hope the problems will go away, that it is just a phase our child will outgrow.  Maybe it's denial.  Maybe it's optimism.  Maybe it's just a stage of mourning that parents must go through before being able to accept that there are things out of their control and they need help dealing with them.  I don't have any brilliant answers, but I do know that when I speak to parents about their children and their "imperfections" I will be a whole lot less judgmental and a lot more supportive. I will assure them that no matter how they may feel to the contrary, their child's problems are not a reflection of them and that parenting is hard and confusing and overwhelming. 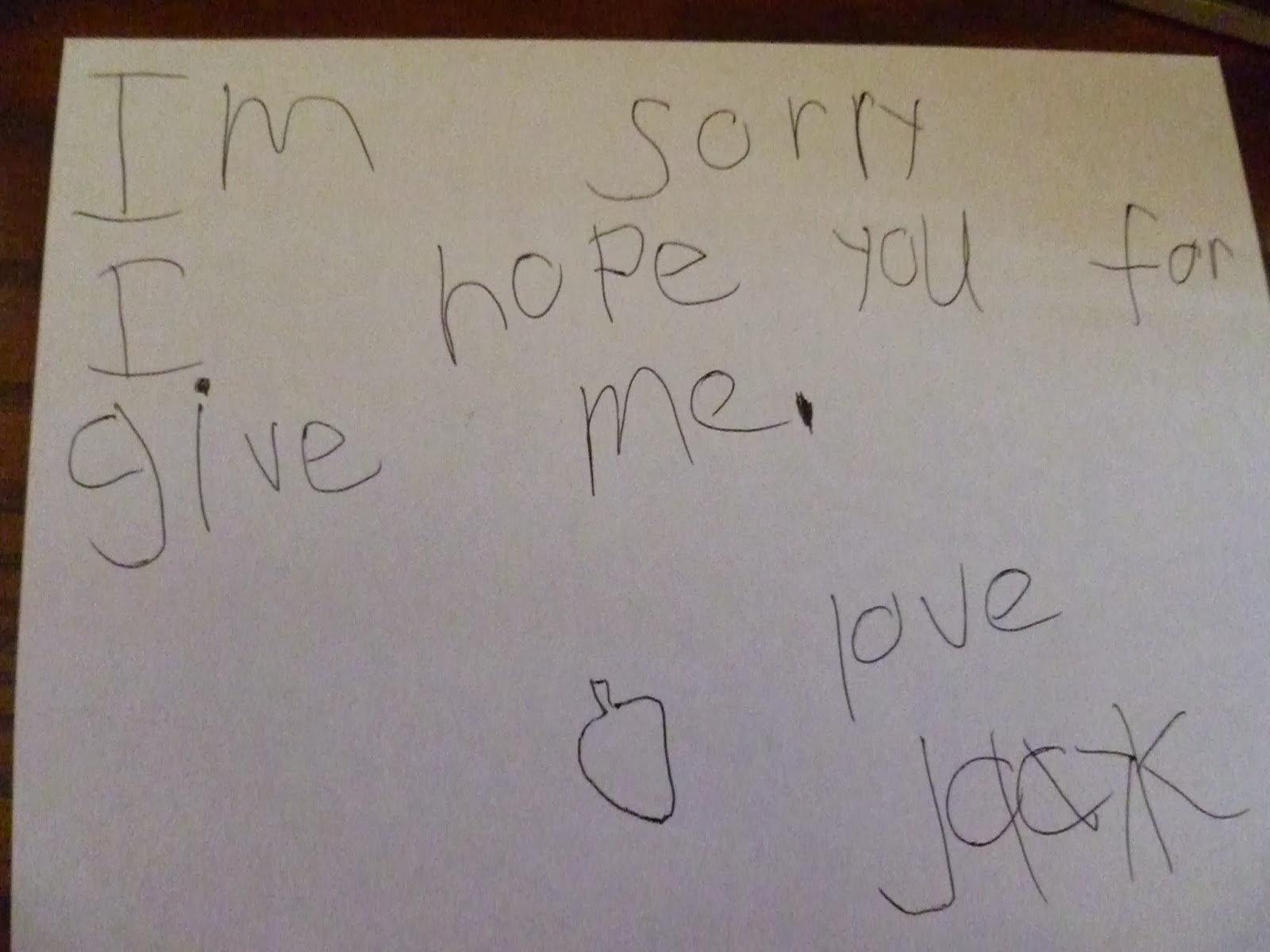 I'm still there.
Posted by Amanda Regan at 5:02 PM